I recently had the opportunity to get out on the Lower Provo River just outside of Provo Utah and do a little fly fishing. Not knowing the area and having limited time to fish, I sought the help of a local guide. After scouting the internet for local guides and reading reviews, I contacted Rocky Mountain Outfitters and booked a trip.  What a great decision that turned out to be.﻿

I met up with my guide Andrew at 1045 and after a quick fitting of waders and boots we were off to our location on the river. Andrew asked me if I wanted to catch a lot of fish on dry flies, or take a chance of maybe catching some bigger fish on nymphs with a possibility of a midge hatch later in the day. It wasn’t a hard decision for me to make, I’ll take quality over quantity any day of the week.  With that, we were off and about 15 minutes later arrived at our spot on the middle Provo River.

It was 18 degrees outside whenever we stepped out of the truck, but as beautiful as this place was I did not care if I spent the entire afternoon freezing to death in a fishless river. Thankfully though, that was not going to be a problem for us.  On the very first cast of the outing a 15-16 inch brown trout (my first one ever) ate my fly (size 18 sow bug) and Andrew examined the contents of his stomach and it was empty. I knew at that moment, this was going to be one of those trips I’ll never forget.

After examining the contents of his stomach and a quick picture he was released to fight another day. On the Provo River, you are allowed to keep two brown trout under 15 inches which meant this one was too big to keep.  I don’t consider that a bad problem to have, and certainly not a bad one for my first.  A few casts later, I was hooked up again. This time with a bigger fish. It immediately ran upriver and felt a little different than my first. After a few minutes of finessing him on the 3 wt and super light tippet, Andrew scooped the net under a nice rainbow. I’ve caught rainbows before, but this one was my largest to date.

With an enourmous head for such a short body, we speculated that this was likely an old fish and on the decline. Regardless, it was a beautiful specimen and I felt fortunate to have tricked it into biting with a fly.  In less than 20 minutes time, I had already experienced why the Provo River is truly a world class fly fishery and had already begun making plans to come back and fish it again.  The day wasn’t over though, there was still three and a half hours of fishing time remaining.

I was still working the same seem that we started out on when a big fish slammed my fly and shot down stream like a rocket. After 5 minutes of give and take with not end in sight, I got a little testy and decided to see how much pressure I could pressure I could apply to the fish. This proved to be a bad move as I ended up pulling the hook on the biggest fish of the day. Yeah I know, the big one always gets away.  Slightly disappointed, I didn’t let it get me down. After all, that’s what keeps us going back right?  After ten to fifteen minutes of no other fish, we made a move upriver about 20 yards and on the second cast stuck another fish. 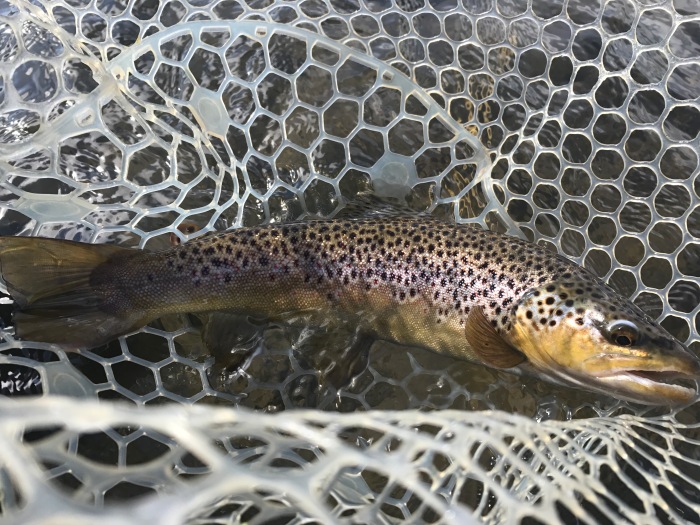 Over the next two and a half hours we worked back and forth in a hundred yard stretch of river and ended up finishing the day with 18 beautiful trout. Of those, only one of them would have been a legal fish to keep, which meant I landed 17 trout over 15 inches. 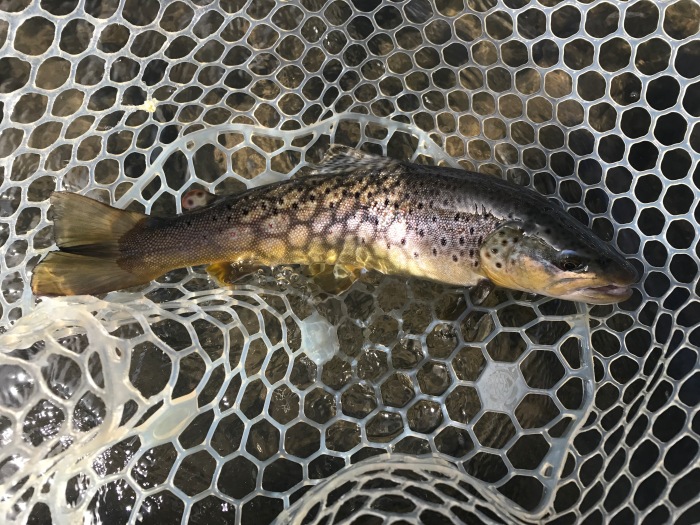 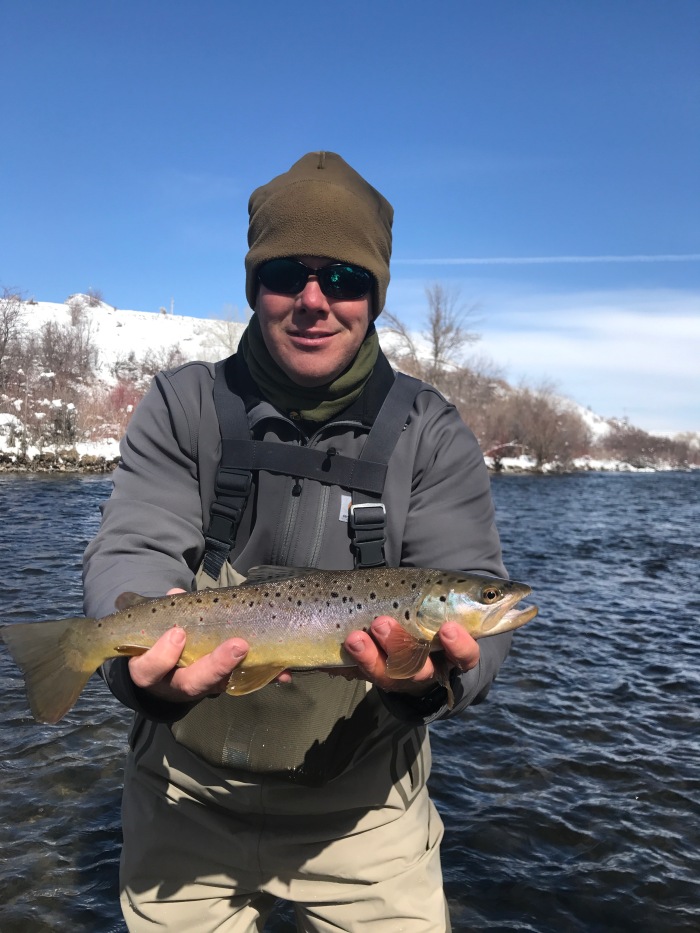 Through the course of the day, the size 18 sow bug was the clear winner on what the fish wanted.  As the day warmed up Andrew noticed a small midge hatch and rigged me up with one and it produced a couple of fish, but they weren’t keyed on midges like they were sow bugs so it didn’t take long to switch back.  I was using what is commonly referred to as a Provo River Bounce rig, which is basically a strike indicator with two droppers for the flies and some split shot added at the end for weight. The idea is to cast the rig upstream and allow it to float down. I will add that this rig is best presented with short casts or a roll cast.  Mend your line as it gets even with you in the stream and fish it all the way through. Many of the bites were nearly undetectable, but there were a few that just slammed it. Towards the ends of the day I got on a streak where the fish were biting at the end of the drift on the “rise”. Essentially striking as I went to lift the fly out of the water to make another cast. During this time, I lost far more fish than I landed, but it provided for a lot of excitement as these fish were very acrobatic after the strike and initial hookup. 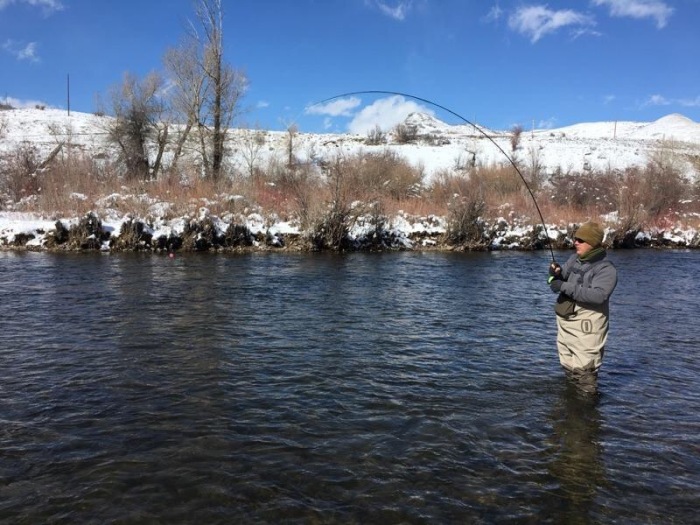 If you ever find yourself near Provo Utah, I highly recommend checking out this Blue Ribbon fishery.  For a guide, I enthusiastically recommend Rocky Mountain Outfitters.  http://www.flyfishinginutah.com/. Ask to fish with Andrew, but if he’s not available, I am confident that any of their other Orvis Endorsed Guides will take just as good of care of you.  You will have to purchase a state fishing license, but at $24 for three days it is well worth it.  I have already forgotten about the cold temps, but will never forget the experience of fishing the Provo River. Tight lines.